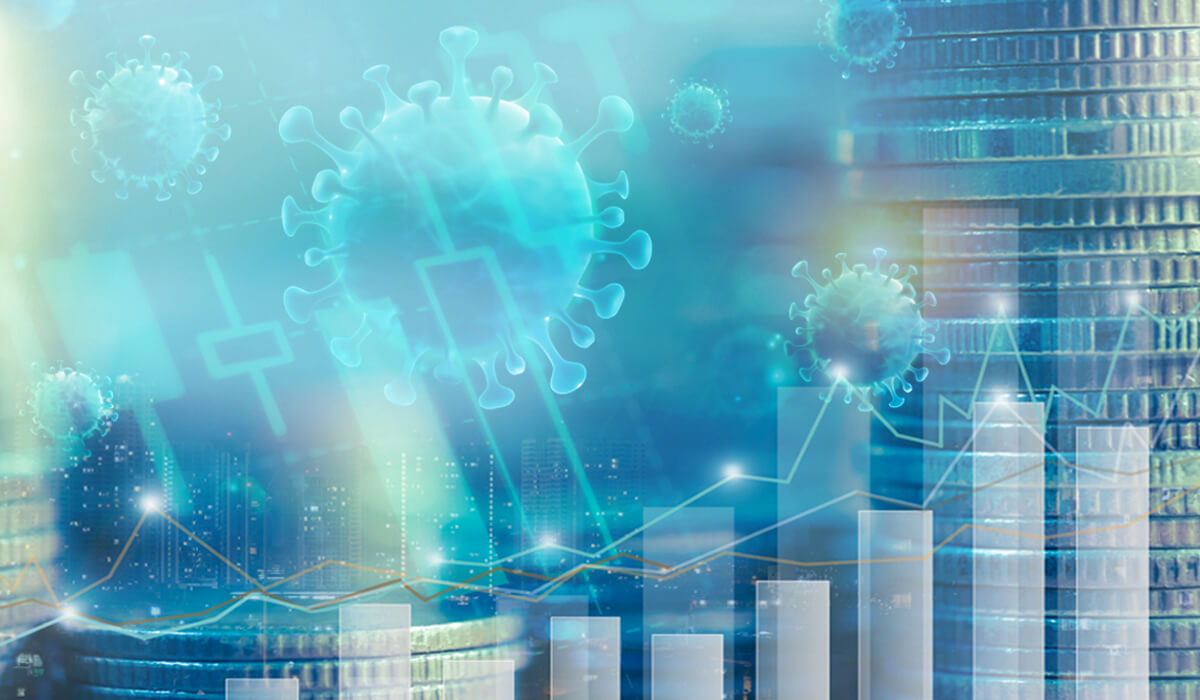 The subprime mortgage crisis in 2008, also known as “hamburger crisis” occurred from the sluggish housing market in the United States. This resulted in decreased flexibility of the mortgage market and banking system and the financial problems then spread rapidly. On the other hand, the current COVID-19 crisis has brought the global economy to a halt from border shutdowns, lockdown, and any other safety measures against the spread of COVID-19. This also leads to the global economic issues and changes the ecosystem of enterprises to an unprecedented level if the situation is not likely to get much better.

In the article, “Guidance For Startups/VCs From VCs Around The Globe During COVID-19”, Ed Zimmerman has gathered interesting and useful guidance from senior venture capital investors (VCs) who have experienced the past downturn for startups and companies to respond to this pandemic.

PJ Parson was the Spotify’s first investor, leading the A round in 2008. Spotify is an interesting case because it was founded during the crisis and took a year and a half to go through the adversity.

He viewed that the return of sustainable unit economics will be extremely important for startups that want future funding. It has to build a stable foundation for growth because companies will no longer grow by leaps and bounds. The growth like WeWork of Theranos will not easily occur soon.

Will Hsu, Mucker Capital’s co-founder, believes that VCs are waiting for market volatility to drop before jumping in. The article goes on to say the crisis in 2008 was more like a “one-year reset”. If the financing cycle of a VC was timed right, he will be safe.” The author also pointed out that in this situation, it could take at least 24 months before getting back to normal.

Maurice Werdegar, CEO of WTI, a leading venture lender in the United States explains that “It takes a while for the venture community to catch up to reality. For example, they’ll continue to process most of the deals they’re working on before this happened. Deals are still moving forward but they’re being renegotiated – changing pricing or terms, but not pulling out. The slowdown will come in the second half of the year, when the venture community steps back to assess what’s in their portfolios and which of those make sense in the new world.” He also adds: “Historically, we’ve gotten into our best companies during tough times, because we still have capital. We have to maintain a consistent cadence through the market, but the quality filter is higher. I would bet that they will be some of the better deals we will do.”

Ira Weiss, a Professor at University of Chicago Booth School of Business, had a view that this crisis was “just like other downturns where you never really know. 2008 started happening but you weren’t really sure how bad it was going to be. Once everyone realized how bad it was getting, it slows down a lot.” That means we have concerns in the early stage, but we have very little data to estimate loss. (In Thailand, there are the economic projections with a negative growth this year.)

From Startup Acceleration to Virus Deceleration

Adam Marcus, Managing Director at Providence Strategic Growth, has worked at startups and venture/growth funds since 1998. He says that “The 2008-2009 downturn happened more slowly. People were still spending money, going out to restaurants, gyms, nail salon, etc. But the COVID-10 crisis is so abrupt and intense.” The collapse of dot.com era took longer time to happen. Compared to the 2008 crisis when everyone was anxious about entire financing system because they thought that even the banks could go bankrupt. The current crisis reminds him of that kind of panic. People are questioning systemic stability. Due to the safety measures like the closures of restaurants, shops, and clubs, it also generates a lot of anxiety in the system.

However, he mentions “As long as we get certainty on this and trust that this is under control in early geographies, in particular, China and South Korea, we can make reasonable assumptions about how it plays out in other geographies. That enables us to spread the learning across boundaries and to adjust faster as a result.” We can see that some countries have already make use of Artificial Intelligence (AI).

Another is that we do not know yet that when the global venture will turn to more invest in Deeptech related to medical and health services in order to respond to the testing for COVID-19 and vaccines. Besides, how much they are concerned about an investment in Traveltech or any other services because the said industries are in high risk.

One thing to concern is that there is anxiety in the market. Decision making based on psychology would be stronger than facts. It could be unfortunate but could not deny that investors look for reliability.

Negotiation between founders and investors could be a classic issue in the past. It is certain that requesting a budget higher than reality is a must. However, in the current and future situation, the fast-growing firms will have management factors which are different from those firms that are facing problems. It is currently unclear that some VCs focusing on growth are likely to care about being a public limited company, staying solvent for 3-5 years or they would invest more in the firms related to data and management. The faster the firms grow, the more cash they need to operate, this will increase the risk also.

Marie Ekeland co-founded of France Digitale, an association between founders and investors to develop the French digital ecosystem. She sees a widespread impact as part of a macro shift, with an emphasis on the importance of trust and profitability. Jan Hammer, a famous London-based investor, also shares that “investors will look at supply chains, demand impacts, length of sales cycles, and any long-lasting changes in customer behavior.” Maya Horgan Famodu, a founder of Nigerian-based VC Ingressive Capital, explains that each region will have a different impact on its economy. “African businesses have had to temporarily close due to supply chain issues when sourcing from China.” She also advised her portfolio companies to move cash to stronger internationally recognized currencies.

For startups who are in process of funding, coronavirus pandemic is the time that VCs and investors have to reconsider and reexamine all of the processes. For Parson, he suggests that “the right strategy for most startups is to examine assumptions of market (sales) volume and slash by at least 30% and then build a new cost-base assumption around that.”

We will see this unfold differently depending on governmental reaction and the structural support/economies elsewhere, but that learning will be important. Jan Hammer adds “Based on what we are seeing factories in China are getting back up and running, and transport recovering. That’s some two months later, as a precedent for the western world that got hit with a delay and is now the epicentre of the outbreak. The swing from the peak towards the trough and (hopefully recovery) looks exceptionally fast. Therefore, general panic and things simply seizing up is main worry. That was a wild impact on GDP and earnings that we (markets) are probably still massively underestimating. As a result, my personal view is that we are in for another major trough with a big dislocation yet to come. You need a massive coordinated fiscal stimulus to get out of that hole to kick-start the economy.”

For Thailand, Beacon Venture Capital Company Limited, one of the VCs in Thailand has not any policies on making change to investment despite the fact that it is now more difficult to seek domestic investment.

Thanapong Na Ranong, Managing Director of Beacon Venture Capital, announces that Beacon is planning to fund-raise with 3 startups: Horganice to Series A, FlowAccount and Event Pop to Series B with an aim to close the deals by the middle of the year. The rate of return and cooperation in the past is satisfactory. In 2021, the company sets an investment budget of 500 million bath for 3 years and invests in both Thai and international startups at 50% each.

Beacon has total of 9 startups. Some have been affected positively, in particular online business like Jitta. There are more users increasingly using its service during a drop in stocks to buy cheap stocks. Workmate, a startup providing a staffing platform also has increasing applications for workers in the app due to the growth in online shopping. Event Pop has been affected by the pandemic because of the cancellation of events but recently it has adapted to provide online events service instead.

Moreover, Beacon started to invest in Innospace Thailand, a venture between the public and private sectors providing national startup platforms. It strengthens the ecosystem and elevates Thai startups also.

Source: Zimmerman, E. (2020, Mar 23). Guidance for Startups/VCs from VCs Around the Globe during COVID-19 [Website]. Retrieved from https://www.forbes.com/sites/edwardzimmerman/2020/03/23/guidance-from-vcs-around-the-globe-during-covid-19.